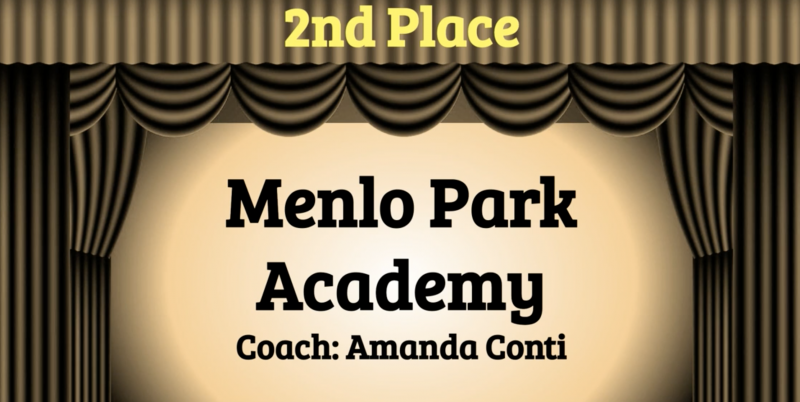 Menlo Park Academy’s creative writers shined once again at the Power of the Pen, with the seventh-grade team claiming first place overall, and the school’s seventh and eighth graders combined to win second place in the Sweepstakes Award.

Overall, three of the four competing seventh-graders, and one of the three competing eighth-graders, advanced to the state competition.

In Power of the Pen competitions, there are three rounds of writing and one prompt for each round. Students have 40 minutes per round to write and complete their stories, with a 10-minute break between rounds.

Oestrich’s second-round story, “The Circus of Contracts” was judged as the top entry in the entire round and will be published in the Book of Winners.

Topics that Grade 7 students were asked to write:

Topics that Grade 8 students were asked to write:

The Power of the Pen State Tournament is scheduled for May 15 and will take place virtually.