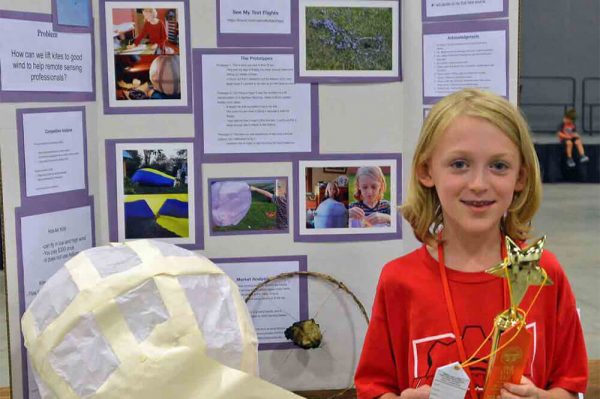 BEREA, Ohio — Sam Mather is a young man with a plan.

The Menlo Park Academy fifth-grader won the Industry Award, Earth and Geosciences, at the state event held in Columbus, after initially inventing the product as part of his fourth-grade curriculum. In addition, Mather was awarded a $400 college scholarship and future consultation with a patent attorney.